Let us rejoice in the Lord, with songs let us praise him.

They are buried at Cyrrhus in Syria, where a basilica was constructed in their honour. In the fifth century their cult spread rapidly through the entire Church. Nothing whatever is known about them, and many extravagant legends have grown up; but despite the fact that many pagan mythological stories have attached themselves to them, it is certain that they did really exist.
See the article in the Catholic Encyclopaedia.

21. He was even crucified
For our sake he was crucified.

Polycarp was a disciple of the Apostles, bishop of Smyrna, and a friend of St Ignatius of Antioch. He went to Rome to confer with Pope Anicetus about the celebration of Easter. He was martyred at Smyrna in about 155 by being burnt to death in the stadium. Polycarp is an important figure in the history of the Church because he is one of the earliest Christians whose writings still survive. He bears witness to the beliefs of the early Christians and the early stages of the development of doctrine. 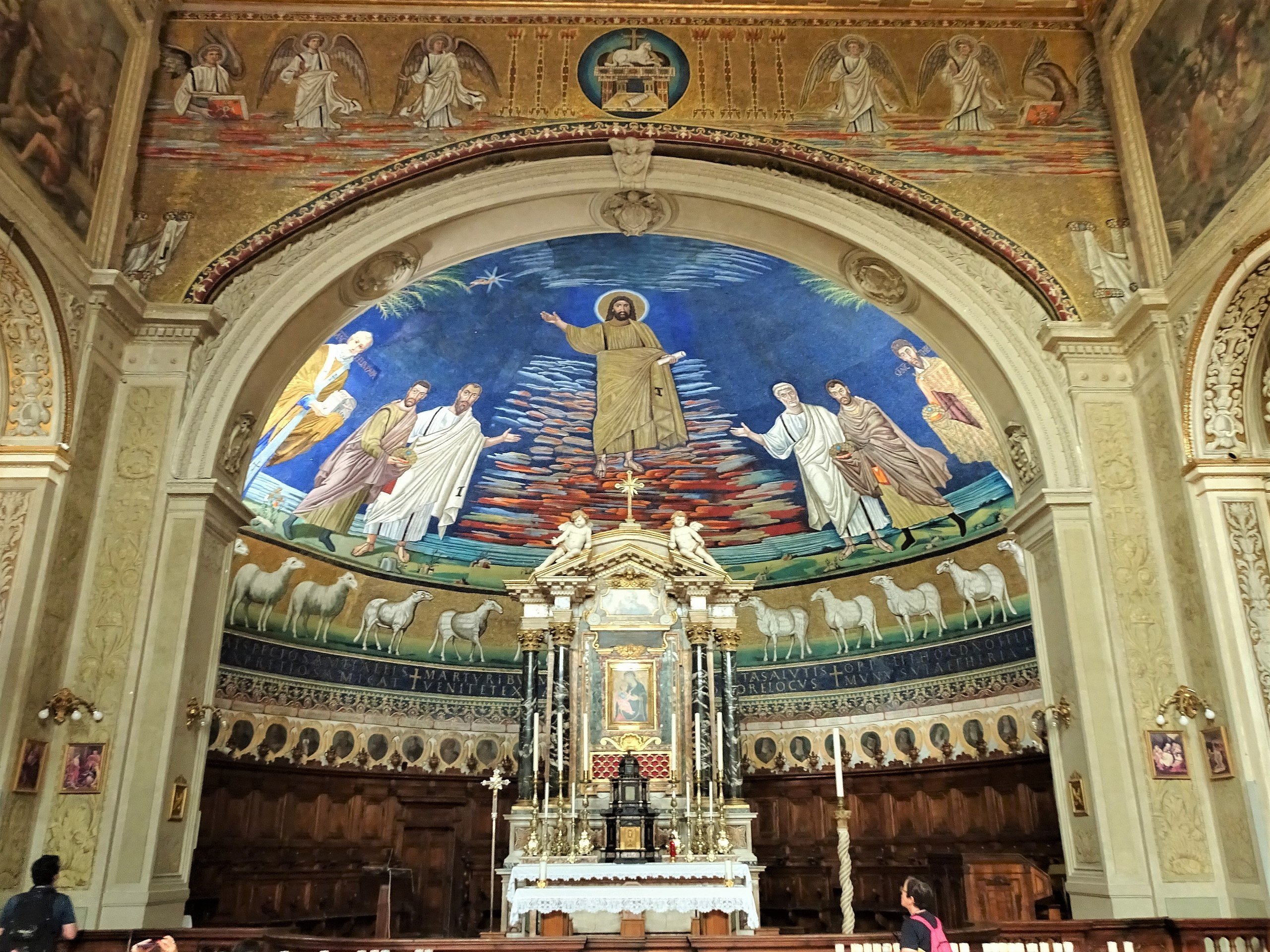