In the menu of the Universalis program, select the command File > Daily Books. 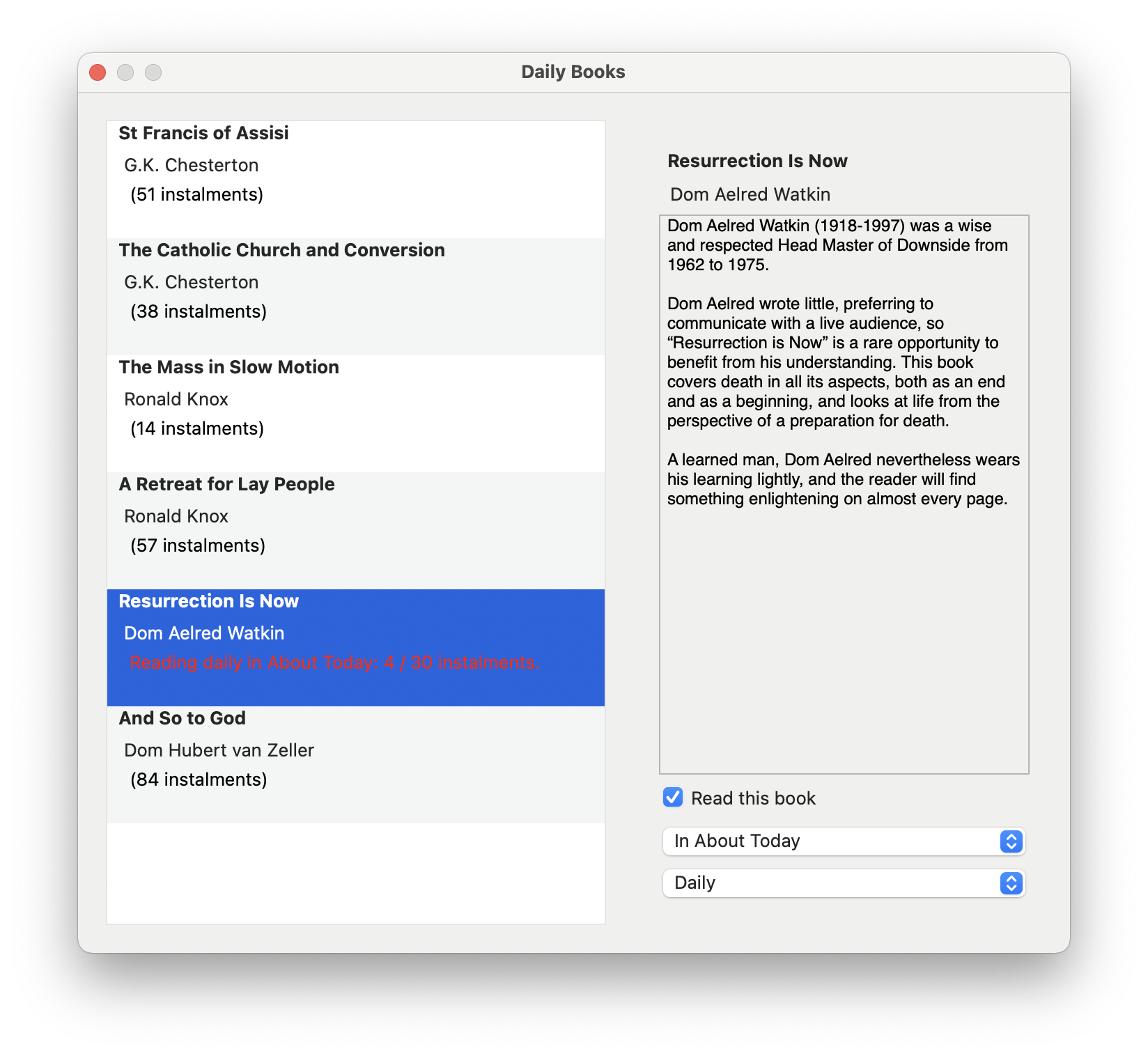 To choose a book, click on its name in the left-hand column. You will see full details about the book and a box marked “Read this book”. If you decide you want to read this book, turn that box ON.

There is another similar toolbar at the bottom:

The cog-wheel in the bottom bar takes you to the catalogue page so that you can adjust (for example) the page in which you want the book to appear.